Posted on March 20, 2012 by Rebecca Taylor MEP
I've just spent the morning delivering leaflets on behalf of my fantastic regional colleague Jeanette Sunderland, who is the Liberal Democrat candidate in the parliamentary by-election in Bradford West. The by-election was triggered by the resignation of the former Labour MP due to continued ill-health. 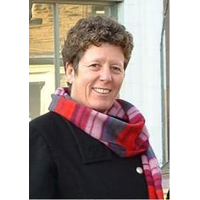 Born and raised in Bradford, Jeanette Sunderland has been a councillor in the city for 18 years and has a strong track record of getting things done; just the kind of person people want as their MP, someone prepared to fight to get the best for the people of Bradford.

Working with David Ward, Lib Dem MP for Bradford East, Jeanette helped secure £17.5 million of government funding for Bradford, which among other things will help get the Westfield shopping centre project off the ground. Jeanette has also been working with David Ward to tackle the issue of car insurance, the cost of which has gone through the roof for many careful drivers in Bradford just because of their postcode.

There is just over one week to go until polling day (Thursday 29 March) and I for one am hoping that Bradford West gets the kind of MP it deserves!