Things I learned about Morley and Outwood no 1

Ed Balls invites working people to meet him at daytime coffee mornings during the week (!?)

When I announced that I was standing for the LibDems in Morley and Outwood against Labour MP Ed Balls, a friend who lives in the constituency joked "Will you be inviting us to a coffee morning like Ed Balls does?" I replied that I didn't have the budget of an MP (yet...).
It then transpired on further questioning that my friends in Morley and Outwood have been invited many times to coffee mornings by Mr Balls. They have never ever been as the coffee mornings are on weekdays mornings, when like most working age people, funnily enough they're at work. 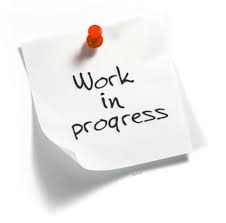 Political parties hold details of voters often including their date of birth, so you'd think Mr Balls or his staff might question the wisdom of inviting voters in their late 30s and early 40s to events on on weekday mornings. Apparently not. You'd almost think Mr Balls doesn't really want to meet his constituents....
This entry was posted in Blog. Bookmark the permalink.