Merkel and debt mutualisation: "What’s good for Germany can also be good for Europe"

Commenting on the agreement made yesterday between Chancellor Merkel and the Leadership of the Bundesrat (national representation of the 16 Länder governments) on the ratification of the Fiscal Compact, Guy Verhofstadt, ALDE President in…

The Alliance of Liberals and Democrats welcome the conclusion of the interim report of the EU-USA High Level Working Group on Jobs and Growth, saying that a “comprehensive transatlantic trade and investment agreement” is the best option f…

The Olympic flame passes through Yorkshire

This week, the Olympic flame was carried by various Torch Bearers through many parts of Yorkshire, on its long journey to London where the 2012 Games will begin.Over the last few days, the flame has made its way across the border from Greater Mancheste…

Bring the Tour de France to Yorkshire in 2016!

As a keen cyclist and a proud Yorkshirewoman, I am very happy to announce my support for the Welcome to Yorkshire “Back Le Bid” campaign to host the opening stage (called the “grand départ”) of the Tour de France in 2016.

The Tour has its grand départ outside of France every two years, for example London and Amsterdam have hosted it in the past, and the Back Le Bid campaign aims to bring it to Yorkshire.

As well as providing a stunning backdrop for the Tour de France, the many steep hills in our region should be able to challenge even the world’s best cyclists. Hosting the Tour will also bring economic benefits to Yorkshire as fans, participants and organisers will visit the region and experience our great hospitality.

In addition, TV coverage of the Tour de France (which has an estimated 2 billion viewers) will showcase Yorkshire to those who follow the race on TV and no doubt persuade some of them to visit our region.

Yorkshire has a long history with the Tour de France as the region had generated more stage winners than any other region in England. These stage winners include Brian Robinson from Huddersfield who was the first British winner of a Tour de France stage in 1958, and Barry Hoban from Wakefield who won eight stages between 1967 & 1975. Both Brian and Barry are naturally backing the Yorkshire bid to host the opening stage in 2016, as are current leading British cyclists Mark Cavendish, whose mother comes from Yorkshire, and Ben Swift who hails from Rotherham.

If you would like to see the opening stage of the 2016 Tour de France, please sign up to “Back Le Bid” as I did. 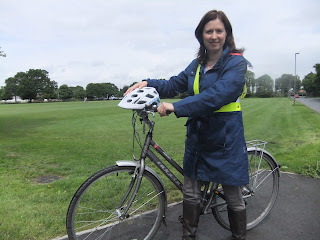 Rebecca and her bike near the Hull constituency office (I cycle there from the train station!)

The Back le Bid campaign is gathering pace and has now hit the national media:

Posted in Blog | Comments Off on Bring the Tour de France to Yorkshire in 2016!

Guy Verhofstadt: Election Morsi is only one step towards democracy

On behalf of the ALDE group, Guy Verhofstadt this morning congratulates Mohamed Morsi on his historic victory in the presidential elections in Egypt. Morsi is the first president in Egypt’s history to be democratically elected and the fir…

Liberals and Democrats played a significant part in this morning’s international trade committee vote to reject the ACTA agreement. Given the stance of the EPP group to wait for an opinion from the European Court of Justice, the vote was …

Being a victim of crime is a traumatic experience. For victims of crime whilst abroad for business or holidays the trauma is compounded by language difficulties, lack of knowledge about the foreign justice system and cultural barriers whi…

The Fisheries Committee in the European Parliament today adopted an important part of the Common Fisheries reform: the common organisation of the market. ALDE pushed for more clarity for consumers of fish products.

The Fisheries Committee in the European Parliament today adopted an important part of the Common Fisheries reform: the common organisation of the market. ALDE pushed for more clarity for consumers of fish products. In particular fish pr…

ALDE members have learned that the EPP group plans to request a secret ballot on the key vote on ACTA (anti-counterfeiting trade agreement) to be held tomorrow (21st June) in Parliament’s international trade committee, where opinion remai…